The Rochester Americans report on his new role in their organization...

The Rochester Americans announced today that the team has named Adam Winslow the Manager of Hockey Operations for the 2009-10 American Hockey League season. In his new role, he will work closely with the Amerks Senior VP of Hockey Operations, Ted Nolan, and the Director of Player Personnel, Jody Gage.

“I am honored that the organization has again let me branch out into another area, which will assist me in my professional development,” said Winslow. “It’s also exciting to know that I will be working with two great hockey legends in Ted Nolan and Jody Gage.”

“We believe that you get the best results from people in your organization when they work in an area where they want to be,” said Amerks President Lewis Staats. “One of the principles we use in our business is that we need to let people take on new challenges and Adam is doing just that moving into hockey operations.”

Winslow, 29, enters his seventh season with the Amerks, having worked his way up from season ticket sales, group sales and corporate sales to the VP of Ticketing and Suites for the Amerks and Rochester Knighthawks of the National Lacrosse League in 2008-09.

Along with a strong professional and educational background, Winslow brings to the job 19 years of organized hockey experience. In his career, he has played for the Auburn Hockey Club, the Syracuse Stars Junior Program, Auburn High School Hockey and for college programs at SUNY Morrisville and SUNY Brockport. He also coached Auburn High School from 2003-07.

The Athletic Department has posted to the web the 2009-2010 membership application for the Golden Eagle Society. For nine years running, the GES has given friends of the College a chance to support Brockport sports and even attend the games at a discounted rate. There are various donation levels ranging from $25 to $1,000.

For Brockport hockey fans who are not students - parents, alumni, townsfolk - the $25 membership is a steal. By joining at that level you get a pass for two to all athletic events. At a few bucks a ticket at the door, the pass pays for itself after a few games (and there are 10 home games this season).

The ice hockey team will be holding a raffle this fall to raise money for the program. They have 3 prints that they will be raffling off at the November 7th game vs Hobart.

Players and coaches will be selling the raffle tickets throughout the fall for $10.00 per ticket. 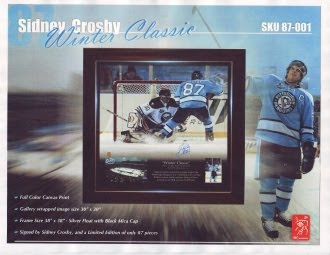 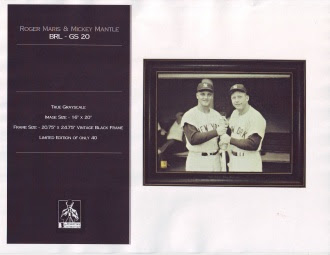 DIII CHAMPIONSHIP TO BE HELD AT HERB BROOKS ARENA

The location of the Division III version of the Frozen Four for the 2009-2010 season has been a topic of debate in recent months. Some NCAA documents and those who closely follow the game had the site located out west at Ridder. Other documents and fans said the championship would be held yet again at Lake Placid.

Well, the drama is over. The Olympic Regional Development Authority says that the village of Lake Placid is hosting the event for the third year in a row on March 19 and 20 of 2010.

That is great news for New Yorkers. Once again, DIII's premier event will be in our backyard (albeit six hours away from Brockport) at the most hallowed venue for American hockey, Herb Brooks Arena. I'm looking forward to attending again, making it the fourth DIII Frozen Four I've been to.

ORDA has posted an event for this on Facebook:

To buy tickets and get information in the coming months, visit ORDA's website:

In an effort to continue the promotion of the team on campus, in the community, and across Division III, I have created a Twitter account for the team that will focus on newsy items about the team and tidbits from this blog. 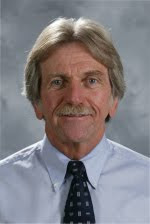 AN INTERVIEW WITH ADAM KOROL

One of Brockport's newest students and hockey players is Adam Korol, a 6'2", 185-pound defenseman from Hurley, NY who played in 40 games for the Walpole Express last season. Here's an interview with Adam...


How would you describe your style of play?


The GM of the Walpole Express, Rob Barletta, calls you "Mr. Steady." How did that name come about?

Mr. Barletta and my coach at the time Chris Cerrella used to call me that. It was because I played hard and consistent every game.


Who are your all-time favorite NHL players and why?

I'm a Devils fan so players like Brodeur, Stevens, and Daneyko


What sold you on Brockport?

The players, when I came to visit, were great and made it a fun time for me. Also, the in-state tuition helped my decision a lot, being from New York. 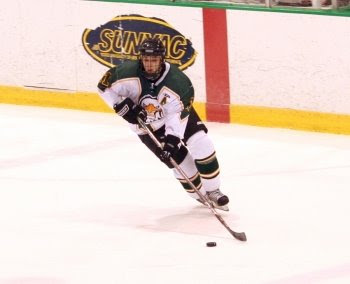 The Brockport Golden Eagles have added another recruit in Mike Hayward. The 6' 2", 200-pound defenseman and Toronto native played for the Vaughan Vipers of the OJHL in 2008-2009. In 48 games he scored three goals while assisting on 21 more.


The Evansville IceMen of the All American Hockey League are excited to announce that they have signed 8 players to Training Camp Agreements. All eight of the player were present at the teams 2 day tryout camp in Evansville this weekend.

"It was a great 2 days of working out", IceMen head coach Jack Collins said. "We saw a lot of good things from a lot of players. In the end, these eight guys were the ones that really stood out and that we wanted to make sure we got into camp."

Thirty Seven players participated in the two day tryout camp that consisted of two on ice sessions and a full morning of strength and conditioning testing.

Players signing with the IceMen include:

Gentry Zollars: A 6 foot, 190 pound defenseman/forward from Bethel Park, PA. Gentry played at the University of Massachusetts at Boston. He played the previous season for SUNY Brockport College, near Rochester, NY.