Brockport hockey alumnus Mickey Parker has made a name for himself in coaching of youth hockey. Among his most recent achievements is having coached the Syracuse Nationals 14-and-under girls hockey team to the New York State Tier One championship. The Nationals will now represent New York State at the USA Hockey National Championships in San Jose, California.

That team features his daughters, Sydney and Grace. The hockey family was featured in today's Leader-Herald. Read about their adventures here:

Mark your calendars! The Brockport Ice Hockey Alumni and Friends Golf Tournament will take place on Saturday July 20, 2013. Tee time is at 10:30 am at Salmon Creek Country Club in Spencerport, NY.

This will be a great opportunity to reconnect with old teammates, recent and distant alumni, parents, current players, friends and fans of Brockport hockey. This opportunity will include 18 holes of golf with a cart, lunch at the turn, steak dinner along with prizes and giveaways.

The coaching staff hope you will join them for a lot of fun and a great opportunity to raise funds to provide the players of the Brockport hockey team the resources and opportunities needed to achieve great success out on the ice.

To reserve your spot in this tournament send your information along with a check for $80 made out to the “Golden Eagle Society” to: 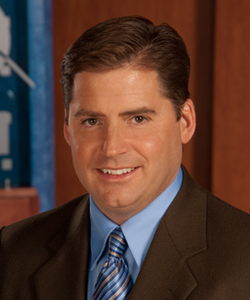 Freshman goalie Jared Lockhurst (Caledon, ONT/Wellington Dukes) of The College at Brockport Men's Hockey team has been named to the All-Rookie team, voted on by the nine head coaches of the State University of New York Athletic Conference (SUNYAC).

Lockhurst was the only player on the team not a member of the Geneseo or Plattsburgh squads. The rookie netminder posted a 3-8-2 record on the year, including a victory in his first career appearance in net. Lockhurst led all rookies in both goals against average and save percentage. His 3.02 goals against average was good enough for sixth in the league while his .919 save percentage was the fourth best mark in the SUNYAC.

Lockhurst stopped 42 shots in a 4-2 victory against Buffalo State on Oct. 26 to open up his career. The freshman stopped a career-high 46 shots in a 2-2 tie against then No.7 Hobart on Nov. 9. Lockhurst recorded eight games of at least 35 saves on the year.

Brockport's stellar goalie Jared Lockhurst -- who set the new school record for saves percentage this past season -- made the SUNYAC All-Rookie team, selected by the conference's head coaches. 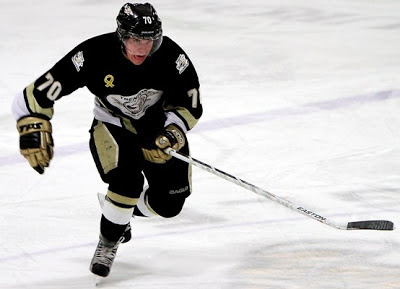