Mark your calendars: The annual golf tournament for alumni, friends and supporters of the hockey team will take place on Saturday, August 23 with a 7:30am shotgun start at Salmon Creek.

Details and registration info will be posted here at a later date.

Senior Matt DeLuca (Skippack, PA) from the Hockey team and junior Richie Welch (Avon, NY/Avon) from the Football team were voted the 2013-14 Co-Outstanding Male Scholar-Athletes of the Year as announced at the annual year-end awards reception Sunday, May 11 in the Union Ballroom on campus.

DeLuca was a senior captain of the Hockey team leading the Golden Eagles to the SUNYAC Tournament. The Exercise Physiology major and Biological Sciences minor was also named the George M. Rich Outstanding Senior Student-Athlete of the Year.

Welch was a key player on defense and special teams for the football team helping the squad to a share of the New Jersey Athletic Conference (NJAC) regular season championship and an Eastern College Athletic Conference (ECAC) Northwest Bowl title with a win over Waynesburg State. The junior Kinesiology, Sport Science and Physical Education major with a concentration in Teacher Certification and Adapted Physical Education was also voted the Ed Matejkovic Special Teams Player of the Year.

The annual award is voted on by head coaches and administrators and the top players from each team are listed on the ballot for the award. 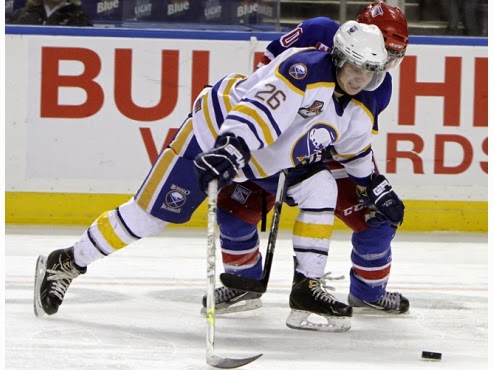 Finnerty comes from a strong playing and coaching background. He played junior hockey in the Atlantic Junior Hockey League (AJHL) from 2005 – 2008, where he helped his team reach the postseason every season. Finnerty attended SUNY-Brockport (SUNYAC- NCAA DIII) where he was a pivotal piece in the growth of Brockport's hockey program. He finished his college career totaling 87 points in 89 career games. Finnerty earned the 7th man award while at Brockport from 2009 – 2012.  Ian graduated in 2012 with a degree in Business Management.


Shortly after graduating from Brockport, he signed a pro hockey contract with the Mississippi River Kings in the Southern Professional Hockey League (SPHL).  During his time in the SPHL, Finnerty contributed 14 goals and 15 assist for a total of 29 points.

This past year Ian took his hockey knowledge off the ice and to the UMBC Terriers (ACHA DII) bench. Ian was UMBC's assistant coach for the 2013 – 2014 season. Finnerty helped coach the UMBC Terriers all the way to the ACHA national semi-final and to a 3rd place finish in the nation.

Coach Burke expressed, "I am extremely excited and pleased to have Ian join the staff next season. I knew he would be a perfect fit for our hockey program. In my opinion, Ian has a great hockey mind and fully understands every aspect of the game. Ian has played at very high levels of hockey throughout his entire life, which will provide higher end knowledge to our boys.  Another positive is that Ian fully understands the junior hockey world and what it takes to play at the college level so he will help solidify our recruiting plans and expectations. From a personal perspective, Ian is a great person who will fit perfectly here at Bryn Athyn College and within the community. Overall, I am happy to have Ian join the staff and look forward to getting next season underway with him. I know we both have high expectations for our 2014-2015 team."

Coach Finnerty shared "I'm very excited to be a part of the Bryn Athyn College hockey program and the community. I look forward to helping the program compete for a national championship. I am also thrilled with the opportunity to reunite with my former teammate Andrew Burke, this time around on a coaching staff." 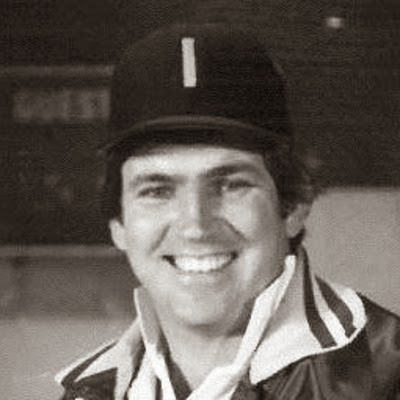 Albert Paul Maerz III of Irondequoit passed away peacefully on Tuesday, April 29, 2014 at the age of 67 after a sudden diagnosis of cancer. He is survived by his wife, Joan; daughters, Jeri (Damian) Rippon and Jody DuFort; grandchildren, Kiersten & Kaitlyn Rippon; Zachary, Aidan, Sebastien and Remington DuFort; and fox terrier, Newman Noggs.

Al was born and raised in Summerville, where he sold hotdogs outside his parents' restaurant, The Dutchman's Grill, delivered newspapers, and attended school at St. Thomas under the watchful eye of Sister Theodosia ("Sit down, Mr. Maerz, you're rocking the boat!") From grandfather Ole Carlson, he learned to love boats and sailing (and polishing brass).

Before graduating from Irondequoit High School, he began his hockey career playing for the Junior Amerks. During the Vietnam War, Al served in the Army as an M.P., returning home to earn his B.A. and M.A. from SUNY Brockport, where he played hockey for the Golden Eagles.

As a career teacher in West Irondequoit, Al taught physical education at every grade level, introducing his students not only to traditional activities, but also to table tennis, archery, and square dancing.

However, Al is perhaps best remembered as a coach of soccer, lacrosse, and hockey, for which he was inducted into the NYS High School Hockey Assc. Hall of Fame in 2001; his plaque hangs in the Herb Brooks Arena in Lake Placid. Many of his former players have become coaches, and all of them still share and embellish memories of Coach Maerz that have become the stuff of Irondequoit folklore.

In the summer, Al lived on his sailboat (Kililani, Joanie B. I and II) and was welcomed in ports around Lake Ontario, especially Cobourg, Ontario, where he was the only American member of the Cobourg Yacht Club and a lunchtime denizen of Kelly's Homelike Inn. He also served as chaplain of the Ira Jacobsen Post of the American Legion, delivered Meals on Wheels several days each week, and supported the Irondequoit Community Cupboard, Cornell Women's Hockey, Geva Theatre, and WXXI (he seldom missed Diane Rehm).

To share a memory or send the family a condolence, please visit www.harrisfuneralhome.com