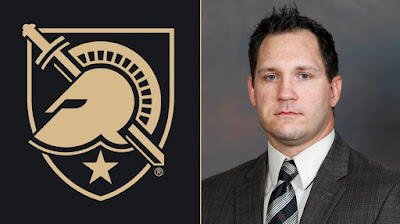 Army West Point hockey head coach Brian Riley has announced the addition of Kris Horn to his staff as the Director of Hockey Operations.

"We are all excited that Kris has joined our staff here at West Point," Riley said. "I've gotten to know him the last few years and have always been impressed with his work ethic as well as hockey knowledge. I know that he will be a great fit for the Academy and to our program."

Horn arrived on the banks of the Hudson after serving as the Assistant Hockey Coach at the College of Brockport for two seasons. Prior to joining the Golden Eagles staff, Horn had a one-year stint at Union, helping the Dutchmen reach the ECAC postseason tournament. Horn spent the 2014-15 season as an assistant coach at Hamilton College. Prior to joining the Continentals, Horn was an assistant coach for American Collegiate Hockey Association teams at Oakland, UMass and Michigan State.

A Westland, Mich. native, Horn attended Culver Military Academy before moving on to Michigan State, where he received a B.A. in Marketing in 2006. Horn earned a Master's Degree from Brockport in 2018 with a concentration in Athletic Administration. He now resides in Cornwall, N.Y. 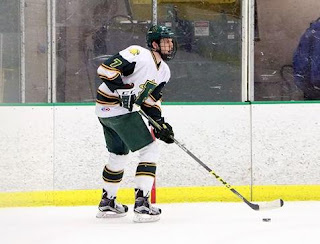 If you look through the GoBrockport.com website and check out the coaches roster for this season you will recognize a familiar name as Coach Dickinson's assistant for this season -- it's Chris Luker who played for the Golden Eagles from 2012-2013 through 2015-2016.

Chris is one of the most decorated players to ever wear a Golden Eagles uniform. In 100 games played for Brockport the blueliner amassed 19 goals and 47 assists for 66 points which helped make him 3 times an All-SUNYAC selection, the only Golden Eagle to have been chosen that many times.

It's great to have him back at Tuttle North Ice Arena.

Kielich signs with the Marksmen 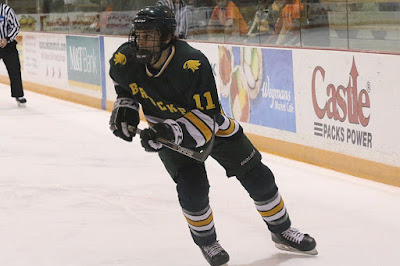 With just under a month remaining until Marksmen Training Camp, we’re starting to see exactly what kind of roster will be participating in the camp, with a lot of veteran experience or talented newcomers.


Tim Kielich, a left-handed forward hailing from East Aurora, New York fits into the latter category, after a three-year stint at SUNY-Brockport (NCAA DIII). Kielich, 6’0 and 185 pounds, found the puck plenty during his days as a Golden Eagle, averaging nearly a point-per game with 76 points (21G+55A) in 77 games played.

Prior to his college days, Kielich like many new-Marksmen, spent his junior hockey career in the OHJL’s Buffalo Jr. Sabres organization. During his four-years in Western New York, Kielich had no problem finding points, as he racked up 133 (56G+77A) in 235 games played. During those four years, he scored under thirty points in just one season.

As well with the OHJL connection, Kielich shares the commonality of having a couple ECHL games under his belt before coming to the Marksmen Camp, as kept inside The Empire State in heading to the Adirondack Thunder for two games after his college season.
Kielich spoke highly of the new opportunity in Fayetteville.


“For me, heading to a new team such as the Marksmen, after talking with Coach Kallechy I feel I will be given a great opportunity to prove myself at the pro level,” said Kielich “This is what I’ve been looking forward to.”

Head Coach Jesse Kallechy expressed great interest in seeing what Kielich can bring to the roster.


“Tim is a player who showed a great scoring ability during both his college and junior days. Having a close amount of goals to assists shows that he has the vision and ability to make the shot or pass depending on the situation,” said Kallechy “I’m excited to see his abilities in our camp.”

With 38 days remaining until the SPHL season begins, the anticipation is starting to reach a fever pitch, especially as the Marksmen Camp roster starts to finalize, and the team’s exhibition against Macon has been set for October 12.

The Fayetteville Marksmen are excited to welcome Tim Kielich to his new home for the 2018-19 season, and look forward to him being the bedrock of what promises to be an exciting season of hockey in the Cape Fear. The 2018-19 Marksmen Home Opener is October 19th against the Roanoke Rail Yard Dawgs, and Season Tickets are on sale NOW! 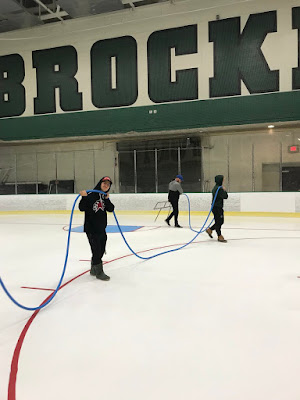 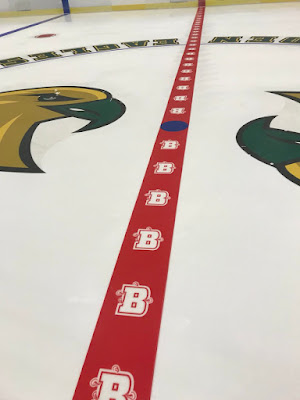 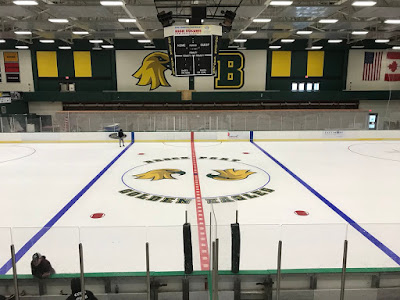