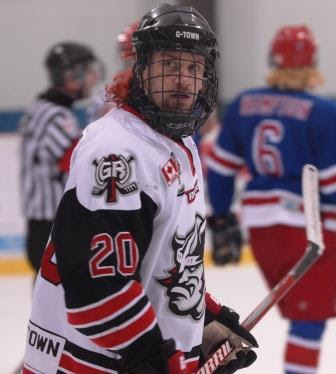 Cody, a first team all-SUNYAC and the conference Player of the Year, finished the 2011-2012 season with 34 points (19 goals, 15 assists). His 19 goals led the SUNYAC conference and his 34 points were fifth-most in the league. In 15 SUNYAC games this season, he scored 11 goals and had eight assists. Cody ranks among the all-time greats at Brockport as he finished his career with 116 total points, good enough for sixth on the career list.

Whitelaw leads the Lakers in points and goals with 41 and 19, respectively, while sitting in second place on the team with 22 assists. The First Team All-SUNYAC honoree has also posted seven power-play and four game-winning goals so far this season. The Lakers, who are 23-3-2, will face Amherst, which is 24-3-1, in the semifinals of the NCAA Division III Men's Hockey Championship in Lake Placid on Friday, March 16 at 7:30 p.m. Oswego State earned its trip to Herb Brooks Arena by defeating Elmira, 5-0, in the quarterfinal round.

Grace garners the first all-American nod of his career. The Cardinal blueliner finished the season with a goal and 12 assists and was named Most Valuable Player of t he SUNYAC Tournament. Grace, who appeared in all 28 games, has provided a veteran presence on the nation's fourth-best defense that has allowed 56 goals and held its opponents to 2.00 goals per game.

Cadieux also receives his first all-American accolade after earning a spot on the SUNYAC First Team in his first season with the Cardinals. The sophomore goaltender finished the season with a 16-5-3 record, which included a 13-game unbeaten streak and three shutouts. The Oshawa, Ontario native is sixth in the nation in goals-against average (1.85) and ninth in save percentage (.928).

The reigning SUNYAC Player of the Year, Brockport's own James Cody, has been named as an East Region 2nd-team All-American.

He becomes the first Brockport player to achieve All-American status.

A fitting recognition for a great season, a great career, and a great young man! 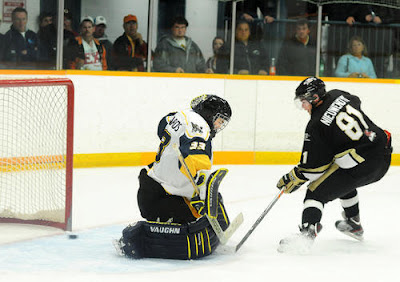 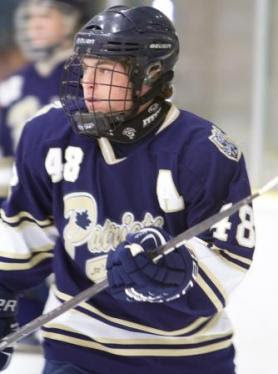