The website Hero College Sports News has a weekly vote for the heroes of D3 hockey. This week, one of our own is among the nominees for the hero in goal. You have today to vote for Matt Schneider for his awesome performance over Plattsburgh. Voting ends Friday morning.

Here's the Hero of the Week voting page: http://herosports.com/news/d3-mens-ice-hockey-hero-of-the-week-5-2016

Last season, Chad Cummings was the SUNYAC Defenseman of the Year. The Brockport alumnus is now making the transition from full-time hockey player to full-time lacrosse player for the Calgary Roughnecks. 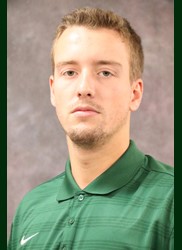 SHAPIRO IS BROCKPORT'S ATHLETE OF THE WEEK 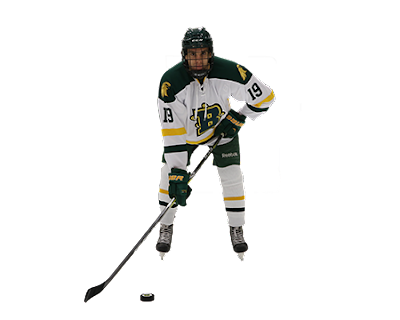 Dylan Shapiro was named the Brockport Male Athlete of the Week. He was a huge part of Brockport’s 2-0 SUNYAC weekend, registering three goals and adding an assist in the two games. In Friday’s 3-2 win over Potsdam, Shapiro netted the first two goals of the game for the Golden Eagles before assisting in the game-winning goal late in the second stanza. He was also a key in the faceoff circle on Friday, winning 15 of the 25 draws he took. He kept up the pace on Saturday, finding the back of the net in the first period against Plattsburgh which turned out to be the game-winner, as Brockport was able to hold the Cardinals scoreless.

Heading into winter break, Brockport picked up 2 critical conference road wins in the North Country. Brockport is now in fifth place in SUNYAC with 8 points, 1 behind fourth place Fredonia.

The Press-Republican looks at Brockport's road win over Plattsburgh -- the Golden Eagles' first in 44 tries:  http://www.pressrepublican.com/sports/local_sports/psu-suffers-first-ever-loss-to-brockport-at-stafford/article_b75441d9-76a1-5d60-b5be-574db8f29979.html

The Brockport men's ice hockey team pulled out another huge conference win on Saturday 2-0 over Plattsburgh to finish the weekend sweep. With the two wins, the team moves to 5-6-1 overall and 4-5 in the SUNYAC conference.

Dylan Shapiro got the scoring started for the Golden Eagles in the first period when he notched his third goal in two nights at the 13:27 mark of the stanza. Tim Kielich also had a huge weekend, picking up the assist on this goal which was his third in two nights.

The score remained 1-0 Brockport all the way until the 19:25 mark of the third period when Hunter Laslo chipped in an empty net goal to put the game out of reach.

Matt Schneider put together the best game of his young career, making 36 saves without allowing a Plattsburgh goal. The win improves his record to 3-1 in his rookie campaign.

Saturday was Brockport's first win over Plattsburgh since the 2012 season when they defeated the Cardinals 4-2 at Tuttle North Ice Arena.

The ice hockey team will have a well-deserved break until January 10 when they travel to Williamstown, Mass. to take on Williams College at 5 p.m.

The Brockport men's ice hockey team used a late second period goal to squeeze past conference foe Potsdam on the road Friday night. The win improves their record to 4-6-1 overall, and 3-5 in SUNYAC play.

The Golden Eagles didn't take long to hop out to a 1-0 lead when Dylan Shapiro found the back of the net 5:46 into the opening period, using assists from Hunter Laslo and Tim Kielich. Potsdam tied it up 2:04 later, before Shapiro beat the Potsdam goalie once again, this time using assists from Tim Kielich and Aidan Verbeke to retake the lead 2-1.

Potsdam once again knotted the score at 2-2 with less than three minutes remaining in the opening stanza, allowing them to go into the first intermission with momentum.

The Green and Gold were quick to stall that momentum however, as their stingy defense kept the Bears off the board for the remainder of the game. The game-winning goal for Brockport came with 1:29 left in the second frame, when Zac Sikich scored off of assists from Tim Kielich and Dylan Shapiro, who recorded his third point of the night.

Not only was Shapiro dominant on offense, he also led the team in the faceoff circle, accounting for 15 of the squads 31 faceoff wins in just 25 attempts.

The Brockport hockey team fell in a tightly contested, high scoring game against Fredonia Saturday night to fall to 3-6-1 on the year, and 2-5 in the SUNYAC conference.

After Fredonia notched the first two goals of the contest in the first period, Brockport got on the board when Jake Taylor buried his third goal of the season off of assists from line mates Aidan Verbeke and Connor Hutchins. The Golden Eagles were unable to convert on a late power play opportunity, so the opening stanza ended with a 2-1 Fredonia lead.

The Blue Devils added another early in the second, giving them a 3-1 lead they would hold until the 19:20 mark of the period when Taylor once again found the back of the net for his second of the night, closing the gap to 2-1 at the end of the period.

The third period was a high scoring affair, with the teams trading goals until Fredonia eventually took a 6-4 lead they would hold on to. Connor Hutchins notched the first goal of the stanza off an assist from Zac Sikich, knotting the game at 3-3.

After the Blue Devils regained the lead just over three minutes later, Brandon McMartin beat the Fredonia goalie on a power play goal that was assisted by Nick Palumbo to tie the score once again at 4-4.

Two straight Blue Devil goals gave them a controlling 6-4 lead, that would end up being enough to hold on for the win. Zac Sikich registered an unassisted goal at 14:15 to close the gap to 6-5, but it was to no avail as Fredonia was able to hold on the remaining five minutes for the 6-5 victory.

The Golden Eagles ended 2-8 on the power play, with both of the goals coming in the third period.

Cole Burack finished the contest with 33 saves in net, for an 85% save percentage.

Brockport hockey will be back in action next weekend when they travel north for matchups with SUNYAC foes Potsdam and Plattsburgh.

The Golden Eagle hockey team fell to Buffalo State by a score of 4-1 Friday night, dropping them to 3-5-1 on the season, while the Bengals improve to 7-2-1.

The majority of this contest was a back-and-forth affair, with the teams knotted at a goal apiece with just seven minutes remaining in the third period. Two late empty net goals put the game out of reach, allowing the Bengals to come away with the win.

The lone goal of the first period went to Buffalo State, when Mac Wood found the back of the net off of assists from Anthony Passero and Zach Remers. Despite the goal, the Green and Gold controlled the period, leading the shots on goal battle 9-8.

Brockport was able to tie the game at 1-1 early in the second when Connor Hutchins notched his fifth goal of the season off of assists from Aidan Verbeke and Jake Taylor. Hutchins is now tied with Verbeke for the team-lead in goals, having each scored five.

Despite suffering his first loss of the season, freshman goaltender Matt Schneider had another terrific outing, stopping 22 of the 24 Bengal shots he faced, for a save percentage of .916.