Brian Cavanaugh played for Brockport from 1973 to 1976. During that time, he produced at extraordinary levels...he had a 54-point season, a 7-point game, and a 124-point career.

Brian is currently the AD at D'Youville College. They announced yesterday that Brian was chosen to be on the NCAA's Committee on Sportsmanship and Ethical Conduct. Good for him -- he's the prefect man for that role. 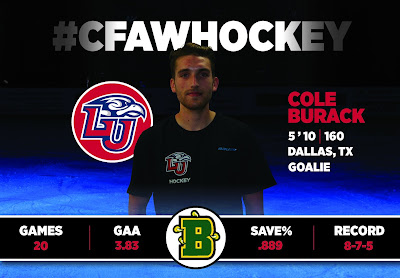 Brockport has lost a goalie as Cole Burack has announced his commitment to transfer to Liberty University. We wish Cole well and thank him for the memories on the ice during his two seasons at Brockport. 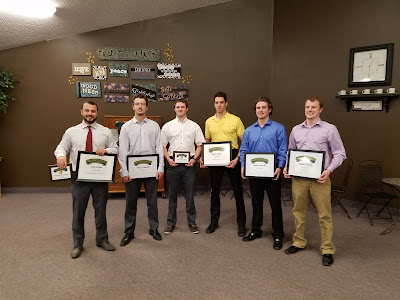 Last weekend, the athletic and academic successes of the Brockport hockey team were celebrated at the team’s annual award ceremony. This year's honorees were...

Missing from the banquet and photo is Robbie Hall who signed with the Evansville Thunderbolts of the Southern Pro Hockey League and was playing in his last game of the season that night. 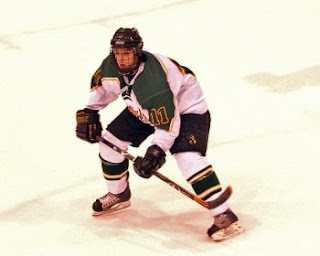