The 2012-2103 schedule was released yesterday and you can see it in the toolbar of this blog. It’s a healthy schedule with some unfamiliar non-conference opponents whom we haven’t seen in awhile, like Suffolk and Franklin Pierce.

The Golden Eagles will also get to face off against a new non-conference foe that will likely become an annual opponent – Nazareth (the Rochester college’s varsity team has its inaugural season in 2012-2013). Brockport’s season opens against them at Tuttle North when the Golden Eagles host the Golden Flyers on Tuesday, October 23rd, a good primer for the SUNYAC season which begins 3 days later on the annual Western New York road trip.

The first semester sees Brockport mostly operating from the friendly confines, with 8 of 14 games happening at home, including 5 conference games among them. The men become road warriors in the second semester when they play at home only 4 times in 11 games. The road stretch from January 25th till February 9th will really test the team’s mettle with Oswego, Cortland, Geneseo, Potsdam and Plattsburgh in succession.

If I had to choose the 4 “must watch” home games, they would be:

Friday, November 16th: Potsdam is in town and I guarantee that the Golden Eagles have a score to settle, which will make for a very aggressive game. Potsdam is the team that called for James Cody’s suspension at the end of last season for a hard -- but clean, legal, and non-penalized -- hit. That kept the All-American out of Brockport’s final game, which in turn kept Brockport out of the postseason and Potsdam in it. As I see it, the call for suspension had nothing to do with right and wrong and everything to do with Potsdam’s self-preservation

Friday, December 7th: Brockport plays host to their greatest rival – Geneseo. Always a good game. These affairs are what hockey is all about!

Friday, February 15th: The last SUNYAC game of the season, and entrance into the playoffs could hinge on it 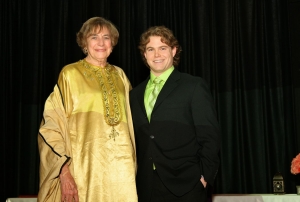 CODY IS BROCKPORT'S ATHLETE OF THE YEAR

Senior James Cody (Schwenksville, PA) of the men's ice hockey team has been selected as The College at Brockport Male Athlete of the Year. The forward was also named the State University of New York Athletic Conference (SUNYAC) Player of the Year.

Cody is the first-ever Brockport player to win the SUNYAC Player of the Year award. He was voted to the All-SUNYAC First-Team for the second consecutive year after leading the conference with 19 goals and his 34 points were fourth-best. Cody was named a Second-Team All-American by the AHCA, the first Brockport icer to earn All-American honors. He was also selected SUNYAC Player of the Week on December. 12.

The senior eclipsed the 100-point mark for his career with the game-winning assist to upset No.5 Elmira in overtime. Cody finished his career with 116 career points as a Golden Eagles. Cody led Brockport in goals all four years on the team and led in points for three of his four seasons.

The Athlete and Scholar-Athlete of the Year awards were determined after compiling votes from each of Brockport's varsity coaches, as well as the Athletic Communications staff and select athletic administrators. 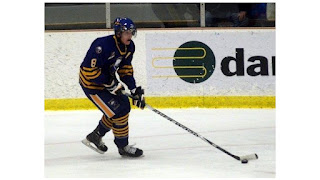 ALMNUS SCHOTT IS PLAYING IN AUSTRALIA

Australia’s AIHL has been around since the 2000-01 season. The league plays its regular season during the southern hemisphere’s winter (North America’s late spring and summer months). The 2012 regular season started on April 28 for the nine team league.

The AIHL appeals to foreign players hoping to play the game year round. Among those players Down Under is Brockport alumnus Lucas Schott who spent three years with the Golden Eagles with whom he racked up 32 points in 68 collegiate games. Schott spent 2011-12 in the Federal Hockey League, starting the season with the Danbury Whalers and finishing off with the Brooklyn Aviators.