Senior forward Chase Nieuwendyk of The College at Brockport ice hockey team earned All-Region honors from D3Hockey.com, being named to the East Third Team, as announced by the website Thursday.

Here is a highlight video looking at some of Cole Burack's greatest saves of the past season.. 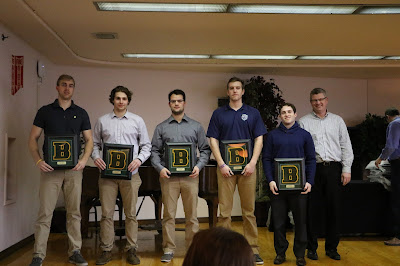