If you would like to attend the Greater Buffalo Sports Hall of Fame ceremony at which Brockport's EJ McGuire will be posthumously honored, here are the flier and reservation form. Click on the images to enlarge: 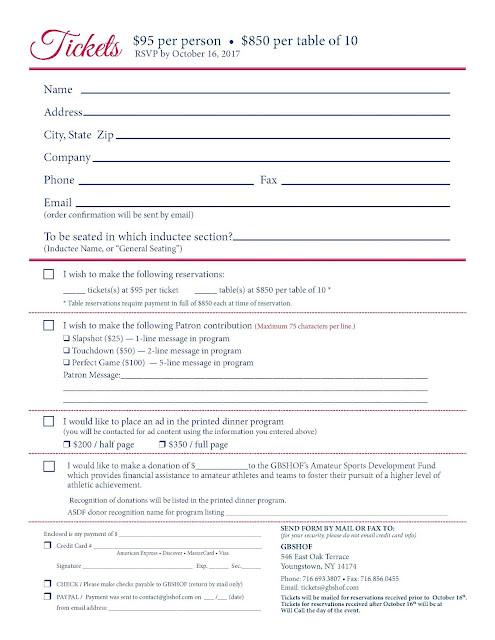 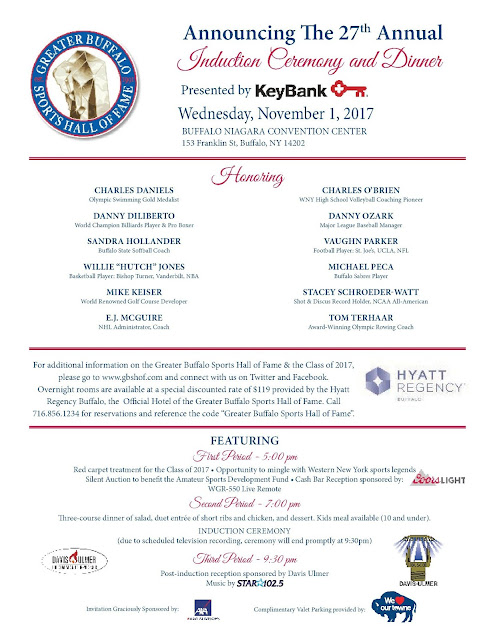 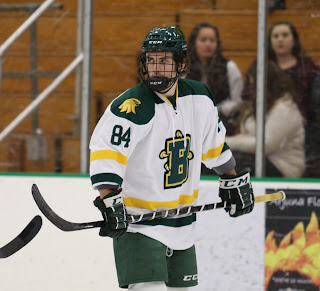 The Golden Eagles have announced that sophomore Connor Hutchins has been named alternate captain for the 2017-2018 season. He had one of the finest freshman campaigns in Brockport history, scoring 12 goals.

Brockport Athletics Hall of Famer EJ McGuire has been posthumously elected into the Buffalo Sports Hall of Fame. Here's a nice Buffalo News write-up about his world-class qualities as an NHL scout and a human being: 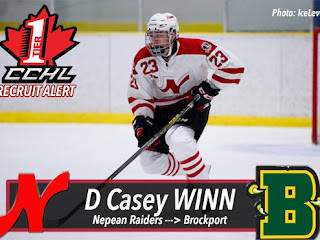 Winn, 20, tallied one goal and nine assists in 61 games with the Raiders last season and joins the Golden Eagles having left a positive mark on the Nepean organization.

"Casey only spent one year with the Raiders, but his impact on his teammates and the organization will last a long time," said Raiders head coach Darcy Findlay. "He's hard-working, tough to play against, and a model citizen on- and off-ice."

Winn's best offensive effort came on Sept. 21, 2016, when he tallied the game-winning goal and added an assist in Nepean's 4-1 win over the visiting Cumberland Grads.

"He's exactly what coaches look for in a player," continued Findlay. "The character of a young man goes a long way, and Brockport will now benefit from having Casey in their lineup."

Prior to joining the Raiders, Winn suited up in 50 games over two seasons with prep school Trinity Pawling (N.Y.).