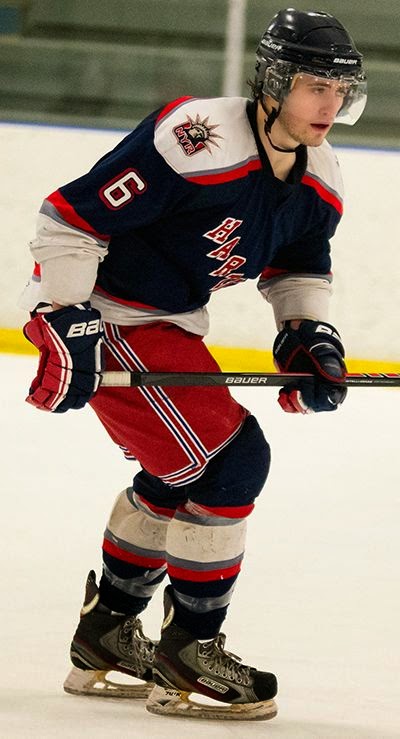 This is the first time that the Golden Eagles have landed two first-team all-conference selections.

Cangro helped lead the Golden Eagles to a fifth place finish in the conference and a first-round conference playoff game. He led the team in assists with 17 and was second on the team with seven goals. His 24 total points tied him for most points scored on the team. Over his career, Cangro has played in 91 games. He has scored 26 goals, tallied 36 assists and recorded a total of 62 points.

Luker was a strong part of the Brockport defense. He led scoring for the defense and was second on the team with nine goals. Luker also tallied 13 assists and finished second on the team with a total of 22 points. He was also named SUNYAC Player of the Week for the week ending on Feb. 2. Throughout the season he tallied two game-winners. So far in his career, Luker has played in 48 games and has 11 goals, 15 assists and 26 points.