Hockey players help with move in

As is tradition with the hockey team, last week they helped freshmen move into their dorms. Great job, guys! You are excellent ambassadors for Brockport! 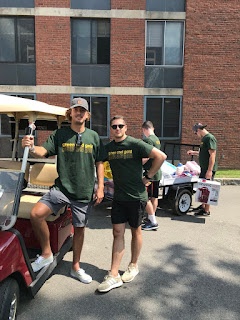 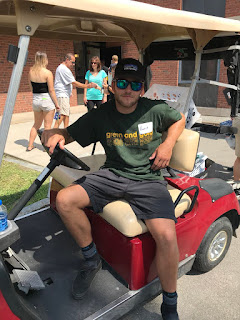 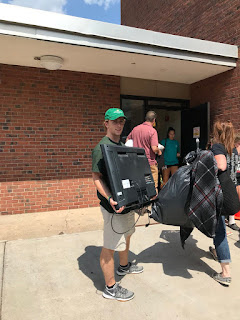 The hockey team has been reporting to campus -- or their pads off campus -- over the past few days. Among them are new faces like Corey Tam and Simon Besner. Welcome to Brockport! 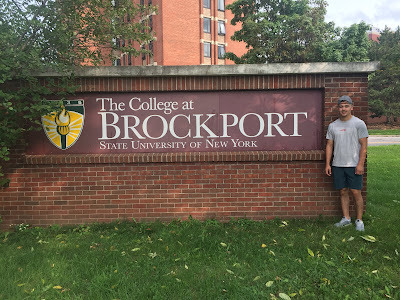 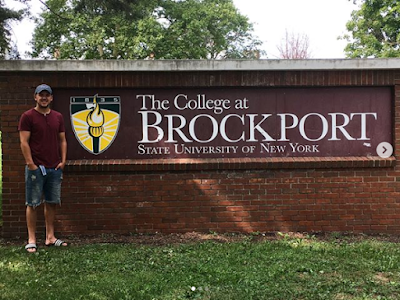 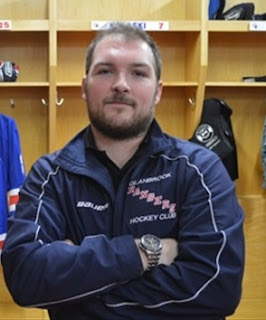 Dave spent two-and-a-half seasons (2006-2007 through 2008-2009) with Brockport after having started his career at Plattsburgh. He took advantage of his playing time and become captain as a senior. He was the ultimate team captain. Sure, Brockport has had many fine ones, but he took it to another level: If opponents tangled with our goalies he would obliterate (or choke) them, he was in constant professional discussion with the refs, and he inspired the team to become physical like no other. That season saw one of the most physical of all our teams (and likely one of the last due to newer NCAA rules) and the Golden Eagles honestly and truly intimidated opponents. It was old time hockey at its finest. But, don’t let that tough exterior fool you – Dave is a nice guy and a skilled player. In that captaincy he had 26 points and 11 goals courtesy of a wicked slapshot that was expertly played out in power play situations. 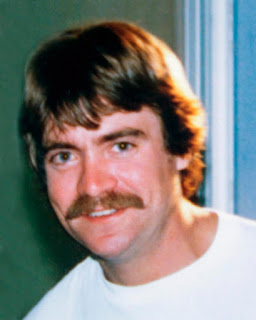 Brockport hockey alumnus Bob Gallagher passed away in February and his family is holding a memorial mass in Saranac Lake this Saturday. Here's Bob's obituary in advance of his service...


Robert “Bob” John Gallagher, 58, from Meridian, Idaho, passed away in peace at home with his family surrounding him on Feb. 18, 2018, from esophageal cancer.

Bob grew up in Saranac Lake and was the son of Thomasina and the late Bill Gallagher.

Since he was a little boy, Bob loved sports and was a terrific athlete. He made lifelong friends with his neighborhood sports mates and later played on varsity sports teams: baseball, football and, best of all, his much-loved hockey for Saranac Lake High School. Bob went on to win a hockey scholarship to the University of New York at Brockport, where he was a fierce defenseman. During and since graduating from college with a B.A. in business, Bob worked for his older brother Chip Gallagher in the construction business.

For the past 20 years Bob was a project manager and superintendent for Visser Building, a Boise, Idaho-based company co-owned by his brother Chip and Brian Visser. Bob’s clients loved him and loved the homes he built for them. They are architectural gems.

It was in Boise where Bobby met the love of his life, Anita. Bob and Anita married in 1999. Together they made their home in Meridan, Idaho.

Bob had one beloved daughter, Tabitha, from a previous marriage.

Bob was a “shirt off his back kind of guy.” Everyone who knew Bob knew of his generosity, his tireless work ethic, his rock-solid integrity, his ready smile and his wonderful sense of humor. He was totally down to earth. One of his clients described Bob as “a classic. He broke the mold. He was irreverent in the greatest sense of the term.” Others described Bob as one of the kindest men they knew. His sisters called him their big teddy bear.

Most of all, Bob was a family man. He loved spending time with his family, enjoying the outdoors and assuming the role of grill master for picnics and parties. Bob was a faithful teacher, coach and cheerleader for his daughter and nieces. He passed on his love for skating, golfing, fishing, boating, skiing, camping, you name it.

Bob was a faithful Boise State fan and attended many of their games with family and friends. If you go to a game and listen very carefully, you may still hear Bob’s booming voice cheering on his home team. We cannot see Bobby, but we know he will always be with us.

A memorial Mass will be held on Saturday, Aug. 18 at 11 a.m. at St. Bernard’s Church in Saranac Lake with the Rev. Patrick Ratigan officiating, followed by a burial at Harrietstown Cemetery. Afterward there will be a reception Saranac Village at Will Rogers in Saranac Lake.

In lieu of flowers, donations can be made to the St. Bernard’s Church capital campaign or the Ecumenical Council of Saranac Lake to support the Samaritan House or the Tri-Lakes Humane Society.