The team had their annual end-of-year awards presentation yesterday. Here are the recipients of the honors:

Congratulations to all. Well-deserved!

In addition to the major awards these 7 seniors were awarded their Senior Chair: 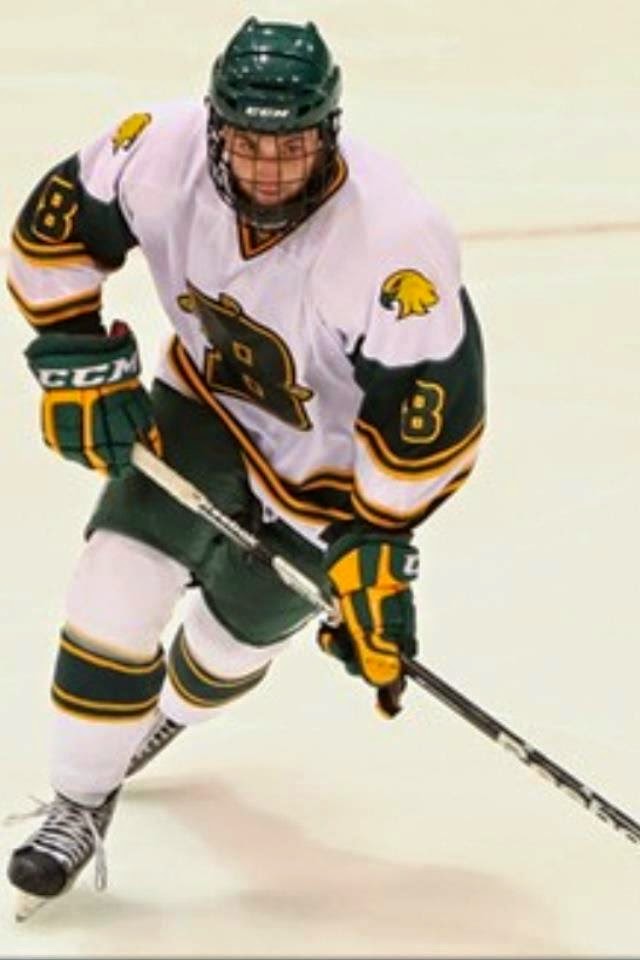 This award is named after George Rich, “Mr. Brockport,” who was a constant fixture around the college and a fan of intercollegiate athletics. The winner of this award must be a four year letter winner who has demonstrated outstanding sportsmanship, citizenship, ethical conduct and leadership throughout his/her career beyond what is generally expected of student-athletes at Brockport.

Congratulations to Matt -- a well-deserved honor by the man who was the leader of the hockey team, on the ice and off of it. 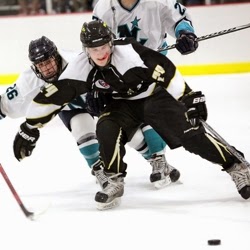 The Granite City Lumberjacks of the NA3HL have announced that several members of the 2013-14 team have made college commitments. The list includes eight different players, five of which have committed to NCAA Division III schools.


Among them is the Lumberjacks second leading scorer, Aidan Verbeke,who is headed to Brockport. Verbeke was second in team scoring this season.

Following the 2011-12 Minnesota Junior Hockey League season, Verbeke, playing with the Dells Ducks was chosen as the league's Most Valuable Player. The Elmwood Park, Ill. native burst onto the MnJHL scene with a breakthrough season for the expansion Ducks. Verbeke played in all 48 regular season games, finishing with 37 goals and 39 assists. In the process, he amassed four hat tricks that winter, and posted 22 multiple point games. Verbeke was held pointless in just 11 games. He also had points in each of the Ducks’ two playoff games, assisting on all three goals in a 6-3 loss to Hudson, then scoring the Ducks lone goal in a 2-1 season ending defeat to the Crusaders. In all, Verbeke had 80 points as an MnJHL rookie, leading the Ducks to a 20-24-4 inaugural season. 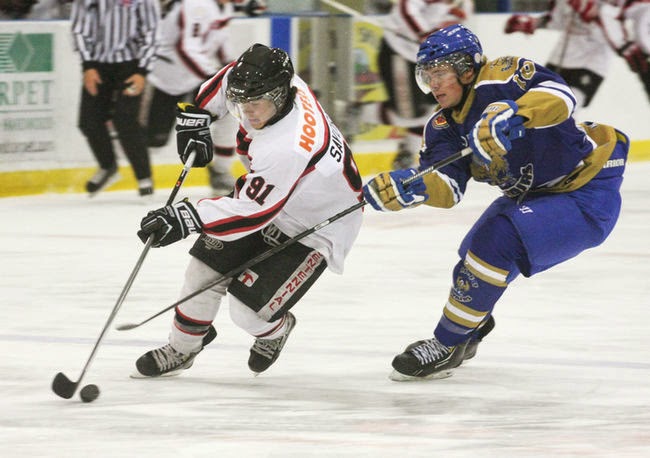 Trenton Golden Hawks forward Dylan Savory has confirmed his commitment to join The College at Brockport Golden Eagles, beginning with the 2014-15 SUNYAC season.

The 20-year old Oshawa, Ontario native made his OJHL debut as a member of the Stouffville Spirit in 2010-11.  Savory would spend three full seasons from 2010-13 with the club.  He helped lead the team to it's first-ever OJHL title in 2011-12, defeating the Whitby Fury in six games, and was the club's leading scorer in 2012-13 with 22 goals and 48 points in 52 regular season games played.

After a stint with the GOJHL's Niagara Falls Canucks to start this season, Savory was picked-up by the Golden Hawks, adding some depth to their forward corps.  He would record 18 points in 24 contests with Trenton and another four points in 12 post-season games to close out his junior career.

The yearly event honors the seniors from each sport for their time, commitment and dedication to Brockport Athletics.

In order to receive the prestigious Chi Alpha Sigma honor, a student-athlete must maintain a minimum 3.4 cumulative grade point average and earn a letter in his or her particular sport.

The 2014 honorees from the ice hockey team -- Matt DeLuca and Brendon Rothfuss.

Congrats on being excellent student-athletes!