The State University of New York Athletic Conference (SUNYAC) has announced the Spring 2012 All-Academic teams, and The College at Brockport's ice hockey team was well-represented on the honor roll list.

This is a great showing by the team and they should be commended for being STUDENT-athletes.

One of the most accomplished blueliners in Brockport history -- Mike Gershon, who was an All-SUNYAC pick on the playoff teams -- has a new gig. He's the assistant coach for Port Huron.


Michael Gershon got a crash course this past season in the world of coaching at the junior level.

As the head coach and general manager of the New Mexico Renegades of the Western States Hockey League, Gershon handled pretty much everything for the Renegades, including some advertising and marketing.

That experience should help him as he takes on his next role as an assistant with the Port Huron Fighting Falcons.

“I feel like I can do a lot more than a normal assistant would coming in after one year of coaching,” said Gershon, a former Port Huron Icehawks defenseman. “I think it really prepared me. I was doing video, setting up trips, buses, hotels and food, so I’ve got that under my belt, too.”

Gershon joins Jeff Blum and Scott Nichols as assistants on coach Steve Shannon’s staff. He said he’ll likely spend much of his time with the defense, but he’s ready to take on any role Shannon gives him.

“I pretty much ran what (former Icehawks coach Stan Drulia) ran, with some variation,” Gershon said. “A lot of what Pittsburgh runs. Steve has his own philosophy, and I’ll have to adapt to that. Obviously I’ll have my say, but as an assistant, it’s my job to give my opinion and offer my support.”

Read the full article here. It has some great insight into Mr. Gershon's post-Brockport days:

The Brockport Ice Hockey Alumni and Friends golf tournament will take place on Saturday August 11, 2012 with a tee time of 10:00am at Salmon Creek Country Club in Spencerport, NY.

Alumni, friends, and boosters should sign-up now as they are going to be limited to 60 golfers.

This is a huge event for the program as they try to raise funds to provide the players with the tools they will need to be a successful team on the ice. The coaches know they can count on our alumni to help provide the best four-year college hockey experience for these young men.

A fundraiser like this takes on special meaninng in today's economy as the SUNY system and colleges across the country have to make cuts to stay economically-vibrant.

To reserve your spot in this tournament email Nick Unger at nunger@brockport.edu for a registration form and send in along with a check for $80 made out to the “Golden Eagle Society”. Please write “Ice Hockey Golf Tourney” in the memo and have it sent to:

The team thanks you for your continued support and they hope to see you out on the course in August! 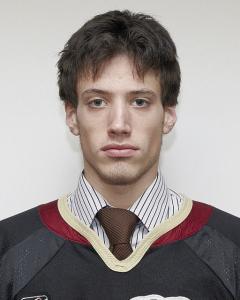 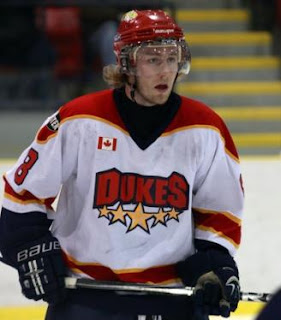