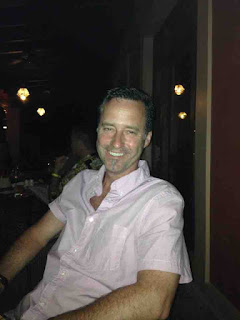 Coach Kangas to be a regular in the stands

Ryan Kangas is a dynamic young forward for the Golden Eagles (in the 2015-2016 season he lit the lamp 12 times for Brockport). His dad, Bill, is the coach at William's College. Bill is taking a sabbatical from coaching for the 2017-2018 season. One of the highlights of that leave is being able to see Ryan play out his senior year at Brockport. 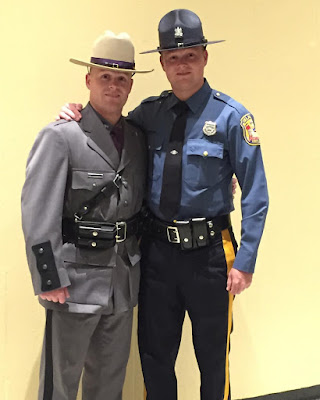 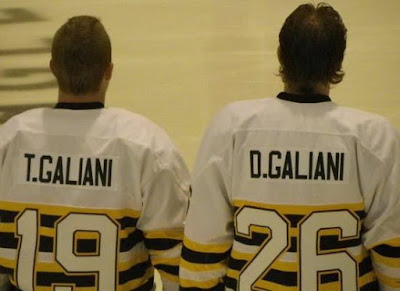 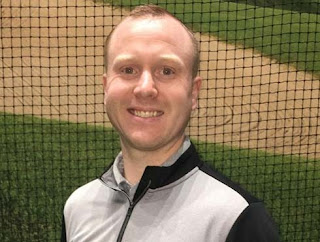 Longtime Brockport hockey fans will remember Sean O'Malley, who played for the team for 4 seasons beginning with the '06-'07 campaign. Sean was an instrumental part of the home playoff teams of '08-'09 and '09-'10, seasons in which he had 22 points and 11 goals respectively. Sean was just named the women's golf coach at Lake Forest College.

Horan excels on ice and in the classroom 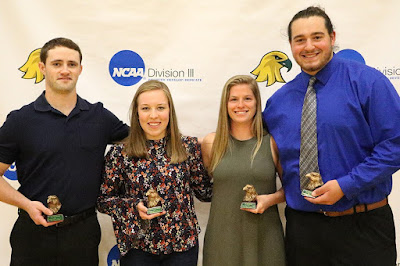 The College at Brockport Department of Athletics announced their annual awards last week, and four Golden Eagle athletes were honored.

Horan was an important piece of an ice hockey team that reached the conference playoffs after a dominant last weekend of play. The junior had a career game against nationally ranked Plattsburgh in the regular-season finale, notching two goals and an assist en route to an 8-4 victory. He's also excelled academically, maintaining a 3.93 GPA as a Finance major through his first five semesters at Brockport. 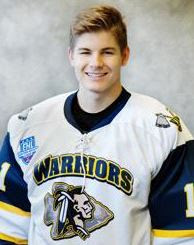 Sean Lincoln tweeted the following: "I'm very excited to announce I will be playing NCAA hockey next fall at SUNY-Brockport. Thank you all for the love and support! #TalonsUp".

The 20 year-old goalie from Rancho Santa Margarita, California spent this past season with the Valley Junior Warriors of the EHL where he put up great numbers: a .939 save percentage and 2.07 goals-against-average in 18 games.

In 2015, a state-of-the-art ice arena opened in the city of Lockport. Last year saw a Lockport Hockey of Fall brought to the arena, recognizing the long history of hockey in the Lock City. The second Hall induction was this past weekend and a Brockport alumnus was inducted.

Steve Allison played with the Buffalo Blades Junior Team, where he played two seasons and was known for his backwards skating ability. He went on to start as a defenseman at Brockport and played hockey with the Golden Eagles until he graduated in 1978. Allison later went on to coach youth ice hockey in Niagara Falls.

Steve Howard played for Brockport in the 2000-2001 season. In 15 games as a defenseman he put up good numbers with 3 goals, 8 assists, 11 points and just 2 penalty minutes.

He has been appointed the coach and general manager of the NAHL's Austin Bruins. Here's the press release... 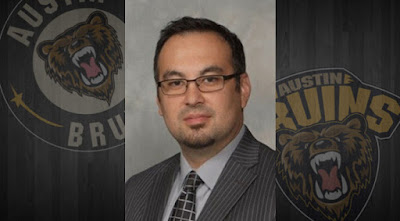 “We are tremendously excited for Steve,” said O’Handley.  “On behalf of the Black Hawks organization, I would like to congratulate Steve.  His enthusiasm for the game shines through whether he is working with young kids, NHL Draft prospects, or talking with Black Hawks fans.”

Howard stressed his appreciation for the Black Hawks and excitement for joining the Bruins.

“I would like to thank the entire organization.  Black Hawks ownership, staff, fans, and players are proud of Waterloo’s status as an elite junior hockey destination in North America, and they take the ‘once a Hawk, always a Hawk’ sentiment seriously.  It is something I am proud to have been part of,” he said. “I’m looking forward to the opportunity to work for the Bruins – an organization that has had a lot of success in recent years. I’m excited to work with such a great staff in Keenan Kelly, Brad Clayton and Howie Borden. I want to thank owners Mike Cooper and Craig Patrick for the opportunity.”

Howard, 38 years old, hails from Burton, MI and has been well-traveled as both a player and coach. He began his playing career in the NAHL, spending time with the Gaylord Grizzlies and Danville Wings in 1997-98. After stints in the OPJHL and SEHL, Howard played one season collegiately at DIII SUNY Brockport (Rochester, NY). He then spent the next seven seasons playing minor league hockey including stints in the ECHL, SPHL, and even internationally, playing the final two seasons of his pro career in Holland. Howard isn’t a stranger to Minnesota, as he spent the four years following his retirement in the Minnesota Advancement Program (MAP), “providing direction, training, & advancement for elite hockey players in Minnesota.”

“We’re very excited to have Steve come on board as our Head Coach/GM,” said Bruins owner Craig Patrick. “His playing experience along with his head coaching and recent USHL tenure in Waterloo are a huge plus for us. Steve has great connections at all levels and has a reputation for putting a tough, high caliber team on the ice.”

Prior to coaching in Waterloo, Howard was the head-man for the Flint Junior Generals of the NA3HL and saw great success, coaching them to a two-year regular season record of 69-21-4. He led the Generals to an Eastern Division Championship and an appearance in the USA Hockey Tier III National Junior Tournament and was named NA3HL Coach of the Year in 2013-14.

“I think Austin is the perfect Junior hockey town,” Howard said. “I love [Riverside] Arena and the overall atmosphere.”

Howard says fans should expect a physical brand of hockey on the ice in 2017-18, as the Bruins seek a return to the Robertson Cup Playoffs.

“We want to be a team that our opponents don’t enjoy playing against,” he said. “Guys are going to stand up for one another out there.”

Howard will join the Bruins at the conclusion of Waterloo’s playoff run. The Black Hawks are currently taking on Sioux City in the Western Conference Final.