Romeo is Brockport's Outstanding Male Athlete of the Year 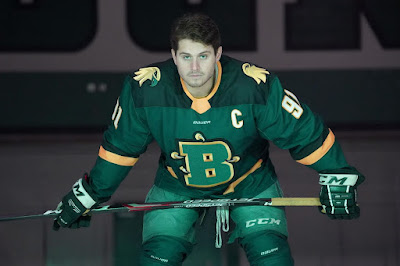 Ryan Romeo was named the SUNY Brockport Outstanding Male Athlete of the Year during a senior athlete ceremony hosted between games of Saturday's baseball double header at the Clark V. Whited Complex.

Following Brockport's season, Romeo signed a pro contract with the Trois-Rivieres Lions of the ECHL, where he recently recorded his first professional goal.