KIELICH TO PLAY FOR GOLDEN EAGLES 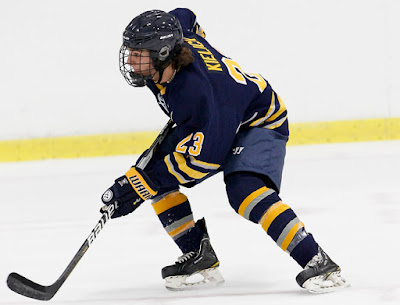 Among the pick-ups for the 2015-2016 season is Tim Kielich. Tim is 21 years old, 6 feet tall and 175 pounds. He hails from East Aurora, NY. After playing for St. Francis, he spent 4 seasons with the Buffalo Junior Sabres under the tutelage of general manager and head coach Michael Peca.

He has sported solid numbers throughout his career, and doesn't spend a lot of time in the penalty box. He has a knack for elevating his game with clutch goals in tight games or in the playoffs which will make him a welcome addition to the Golden Eagles as they battle SUNYAC foes.