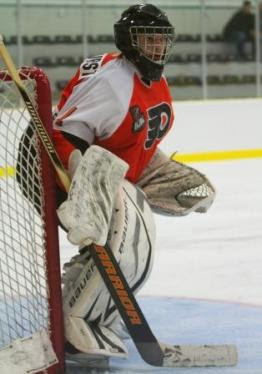 The 6', 185 lbs. native of Caledon, Ontario spent his first two OJHL seasons with the Brampton Capitals, developing into one of the league's elite netminders. Last season, Lockhurst moved on to the Villanova Knights and was instrumental in the club's regular season and playoff success, as they ultimately fell to the eventual champion Wellington Dukes.

During the summer, Lockhurst would make the move with the franchise to Orangeville where he posted respectable numbers before he was moved to Wellington just prior to the trade deadline. Thus far, he has lived up to expectations for the Dukes, posting a 5-1-1 record with a 2.24 goals against average and a .939 save percentage, and hopes to translate his play into a deep playoff run.