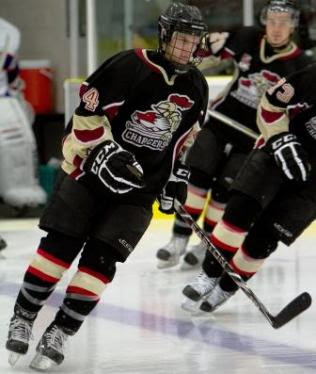 As announced today on the Ontario Junior Hockey League website...

The 5'10", 165 lbs. native of Cranberry Township, Pennsylvania joined the OJHL as a 19-year old rookie after playing for Seneca Valley High School back home. Pfeffer would record four goals and seven points in 10 games with the Streetsville Derbys before being moved to the Dixie Beehives, where he finished the season tied for the club's scoring lead with 32 points.

After the Beehives suspended operations this past summer, Pfeffer joined the nearby Mississauga Chargers and has been one of the club's leaders throughout the season. He currently sits third in scoring on the club with 22 points in 43 games played.