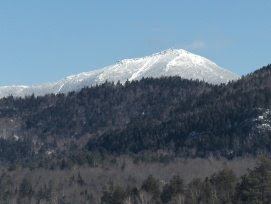 The hockey message boards have had rumblings about the DIII championship being held at Lake Placid again for the conclusion of the 2008-2009 season. I've looked at this with reservation since no proof could be found. Oddly, the NCAA has been mum about it.

I was there in March of this year (Easter weekend no less) to see the DIII version of the Frozen Four and it was a real treat to see the event held where the Miracle on Ice took place. As a matter of fact, I really enjoyed seeing Brockport foe Plattsburgh get shut out by St. Norbert.

Lake Placid is a perfect, accessible location for us here in Upstate New York. It's a great town and an great venue. Nothing against Elmira (the 2006 host), but Placid beats the Hell out of it as a host site.

I strongly suggest that if you plan to go you book a hotel NOW. Many of them are already sold out (thanks to the Can-Am youth tournaments). One hotel right on Main Street still has a few rooms left. Check out the Northwoods Inn ($149/night): 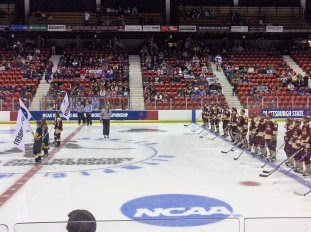