The State University of New York Athletic Conference (SUNYAC) has announced the 2020 Men's Ice Hockey All-Conference teams as nominated and voted on by the conference coaches. Two Golden Eagles made the list. On the First Team is defenseman Ryan Romeo. On the Third Team is goalie Matt Schneider. 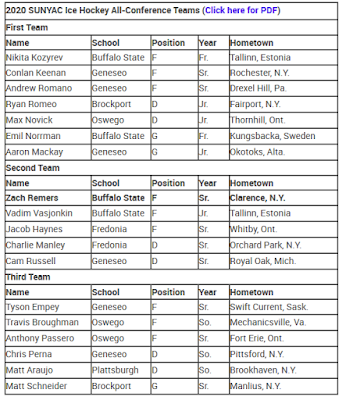