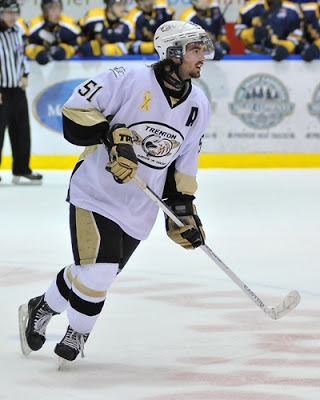 The 20-year old native of Schaumburg, Illinois joined the Golden Hawks this season after being picked up from the CCHL's Smiths Falls Bears where he played the last two years.

The stay-at-home, rock solid defenceman instantly became one of the club's leaders on the back-end and was named an alternate captain as well.  Thus far this season, the rearguard has recorded nine assists and ten points in 23 games played for the first place squad.