WHERE ARE THEY NOW: MIKE TEFFT 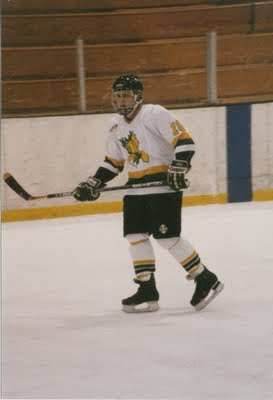 Periodically we run an installment of “Where Are They Now” at BrockportHockey.com, allowing alumni and fans to catch up with some of the many men who have played hockey for the college. This month we catch up with Mike Tefft.

Mike ranks among the very best hockey players in Brockport history. He played for the Golden Eagles from 1994 to 1998 and is ranked seventh all-time in points (110 points). He scored 47 goals in his career (ninth best) and assisted on 63 more.

Besides having a great overall career, he had one of the best single seasons in team history: In 1997-1998, as the team captain, he had the third most points in team history (48) while scoring 23 goals and adding 25 assists. To put that season in perspective, the highest single-season point total this century is Mark Digby’s 31 in the 2004-2005 season. 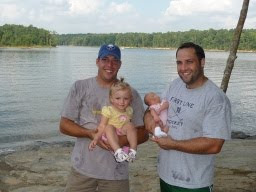 Mike Tefft currently lives in North Carolina where he is a realtor with Help-U-Sell Triangle Realty and a mortgage broker with Homestead Mortgage and Finance.

He is also the founder, president and head instructor for First Line Hockey LLC, which has been in operation since 2003. The company focuses on skills development and physical training through a variety of intense and successful day camp programs. More information about his enterprise can be found at http://www.firstlinehockey.com/

As evidenced by First Line, Mike’s devotion to the game has continued well after college. Committed to sharing the joys of hockey with others, he has been coaching for years. Here’s a snapshot of his coaching career: 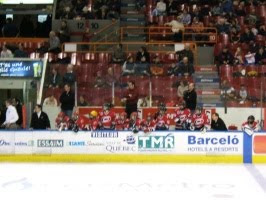 Mike behind the bench in Quebec


You had an extremely successful hockey career at Brockport, including one of the team's greatest seasons ever (48 points, 3rd all-time). That said, you must have a lot of great memories about Brockport hockey. What are some of those memories?

Some of my best days at Brockport were in my Junior and Senior years when it felt like we were actually turning the program around, trying to rebuild a winning tradition. Some of my highlight games at Brockport were beating Canisius for the 1st time in 4 years as well as beating Mercyhurst for the 1st time in 4 years while recording my first Hat Trick.


Off the ice -- in the classroom and in the community -- how was the overall Brockport experience?

The Brockport experience was great. People in the community enjoyed coming out to the games and were very supportive of the team. It was a great place to play and go to school.


How have your experiences at Brockport influenced your coaching style?

My coaching style has strongly been influenced by my years at Brockport. I have always tried to take the positive experiences away from Brockport and roll that into my coaching attitude. I have also taken many of the drills and dryland training activities with me to the teams I have coached. Needless to say sometimes my 13-14 yr old Bantam team gets a little tired during dryland; however my teams are always in great shape.


What else have you been up to since Brockport?

I will be married for 3 years this coming October 20th. My wife Michelle runs a Personal Training business. And we are proud new parents of an 8 week old baby girl…Nolan Elizabeth Tefft 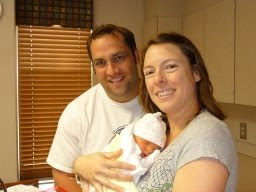 Mike, his wife Michelle and the newest
addition to the Tefft family: Nolan Elizabeth